In the series about my top 10 new features of ConfigMgr 2012 SP1 I want to show the next enhancement which I like the most. 😉 This time an old ConfigMgr 2007 feature that was gone in the RTM version of Configuration Manager 2012 is the ability to easily monitor your Operating System Deployments.

In ConfigMgr 2007 you could look at the status messages via the Advertisement Status. When looking in the Asset Status in a Deployment Status of a for instance Task Sequence in ConfigMgr 2012, you could right click a device record to see more details. 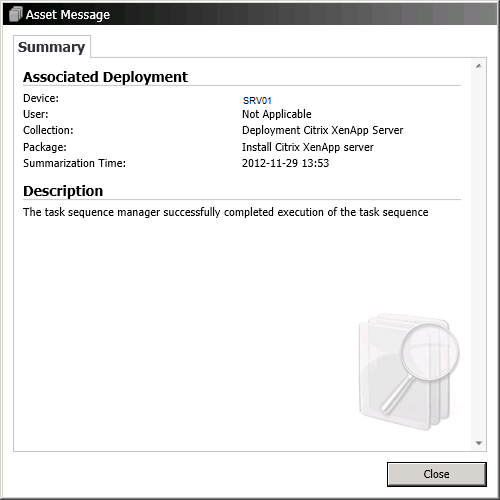 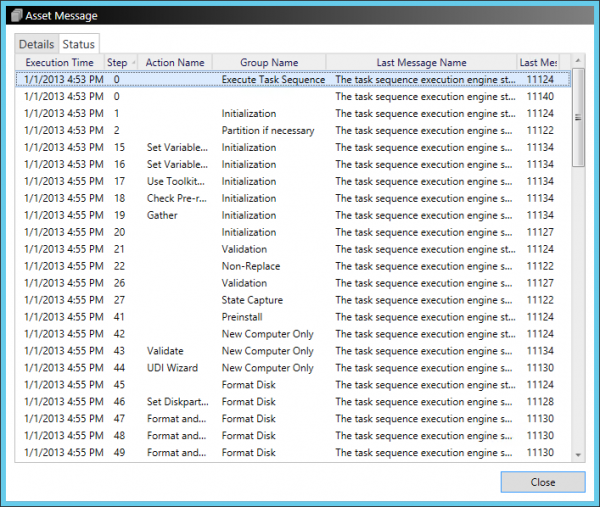 SP1 will give more information during a deployment

Of course you can also use the Status Message Queries or Reporting feature to monitor a Deployment for a specific system. 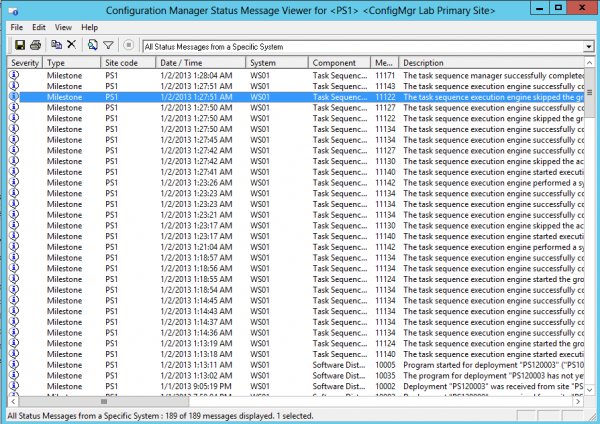 Status messages are also a good source to monitor a deployment

Let me know what new or changed ConfigMgr 2012 SP1 feature do you like the most and vote 🙂 If you miss a feature, please let me know!

Earlier blogs in this series are: