Since the earlier released 0.9.0 beta version installer support for several software products are added. See for the complete list the website of Setup Commander. While creating a new application with the Setup Commander you are able to configure options that are placed in the Transform (MST) file used while installing the application with for instance Configuration Manager 2012. 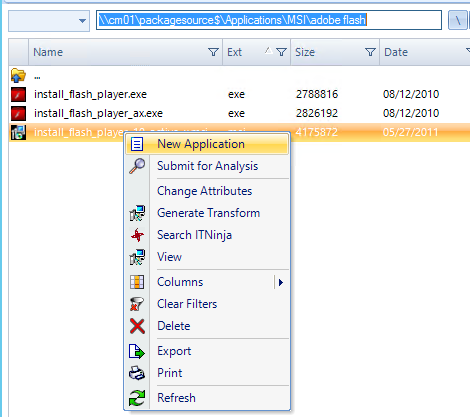 Create a new application with the Setup Commander

The Configuration Wizard for Adobe Flash has support for options like the following; 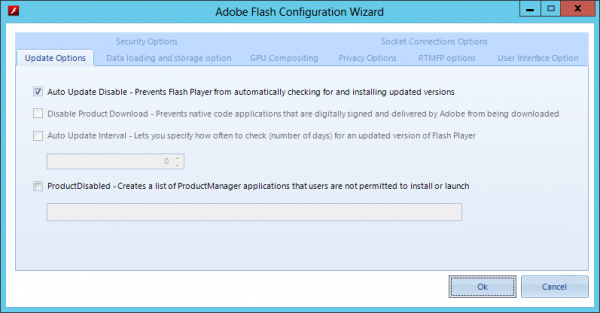 After configuring the options an MST transform file, an mms.cfg file and a cab file are created, the install commandline in the MSI Deployment Type of the Configuration Manager 2012 application will also be configured to use the created transform file.

When looking at the Configuration Wizard of for instance the Microsoft App-V Client you are able to configure the preferred cache drive, cache settings, but also the publishing server or settings related to the runtime package policy configuration when using the App-V infrastructure instead of the App-v integration in Configuration Manager 2012. 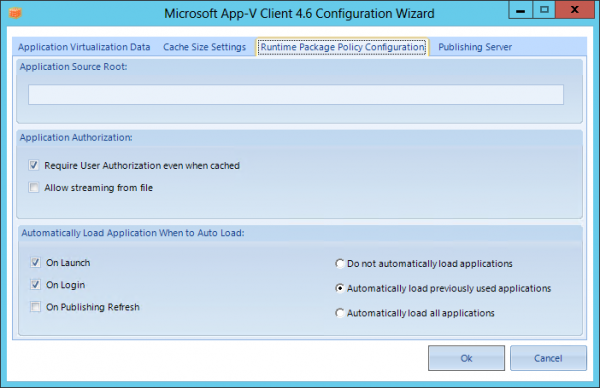 Configuration Wizard for the App-V Client

The current version of Setup Commander has Configuration Wizards for 42 applications and support for legacy setups. Since the first beta Import wizards are also added, you are able to import files from the packaging robot but you are also able to import MSI files from a share or folder structure. 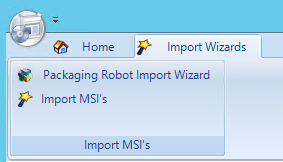 When starting the MSI import wizard you need to browse to a file share or folder, after pointing to a location the Setup Commander will scan the folder structure beneath the root of the folder for MSI files. Select the MSI files that you want to import and click on import to import the bulk into Configuration Manager 2012.. 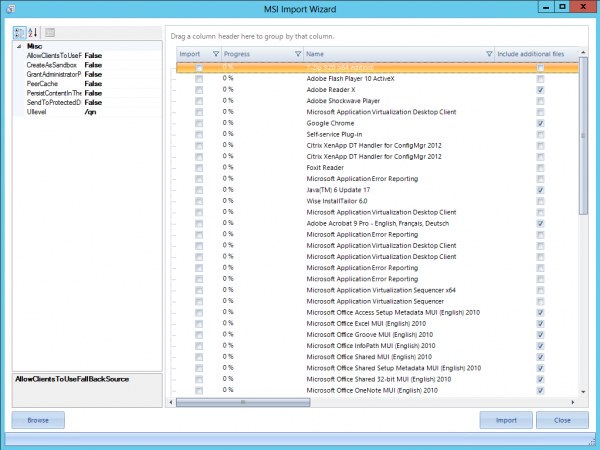 Select and import the MSI files

Like many of us I am looking forward to the release of the 1.0 version of the Setup Commander. It will be released in three editions.