The year 2015 was again an exceptional year for me full of community, good friends and a lot of fun. It was the year of:

January is community wise always a slow month, so lots of time spend on blogging about the App Layer Protection in Microsoft Intune standalone and Hybrid. See my series about this great feature here;

Also more alike a non-technical blog with the following title; IT Pro’s talk to each other! 🙂

Preparing my first session of 2015, I was invited by the System Center User Group Belgium to talk during their ECM Day in Antwerp, Belgium. During this full day of ECM content I was allowed to talk about Mastering Mac OS X with ConfigMgr 2012 and Parallels.

Microsoft announced the change of the EMS Licensing model, which allows non Enterprise Agreement customers to buy EMS licenses via the normal open license model. Something a lot of customers were hoping for.

The 5th of March the ECM day was planned, together with fellow ECM MVP’s Nico Sienaert, Kent Agerlund, Kaido Järvemets, Tim De Keukelaere, Kenny Buntinx and Kim Oppalfens a full day of Enterprise Client Management via Configuration Manager and Intune was covered! Hopefully until next year! 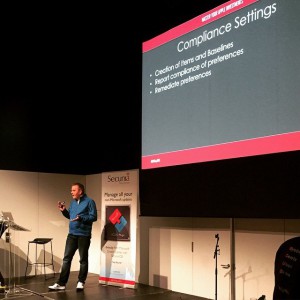 Exciting news in April, not only I was re-awarded for the fourth time as an Enterprise Client Management Microsoft MVP, but also two sessions were accepted for IT/Dev Connections in Las Vegas. How cool to be able to speak there again in September!

Lots of blogging in May, also a lot of new stuff released by Microsoft. Here a couple of blogs that showed up 😉

On the 19th of May I was able to speak at BriForum Londen. In London I presented a session together with Kenny Buntinx with the subject “How to Get Started With The Microsoft Enterprise Mobility Suite“. 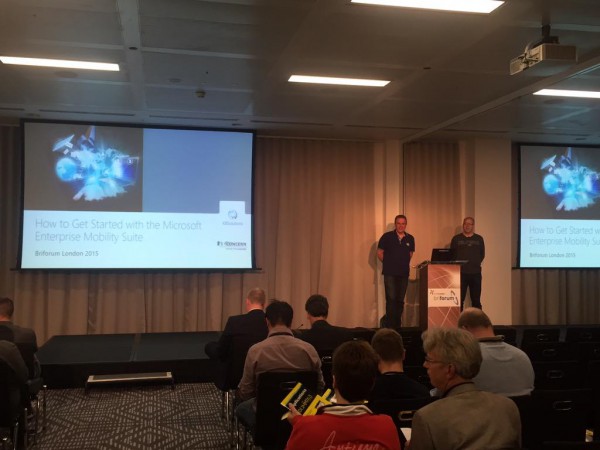 Two weeks later I presented a session with my buddy Kenneth van Surksum about Application Deployment Across Several Devices With Configuration Manager and Microsoft Intune during TechDays Netherlands. 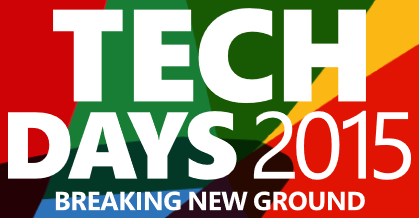 In June I released a page where all Intune and ConfigMgr MAM enabled apps are gathered. Next to MAM enabled apps, I also added iOS apps that can be configured via Application Configuration Policies. Have a look here for the complete list, http://ref.ms/mamlist

June is always the month that Mirk Colemberg invites me to talk at his User Group in Bern. What a great community and what nice sessions from Kent Agerlund, Brian Mason, Roger Zander, Dieter Gasser and Mirko. Always good to stay two days in the mountains 😉

Also wrote the first lines of a new book which I will be releasing with Kent Agerlund about the Microsoft Enterprise Mobility Suite (standalone and hybrid)…. So lots of writing ahead. 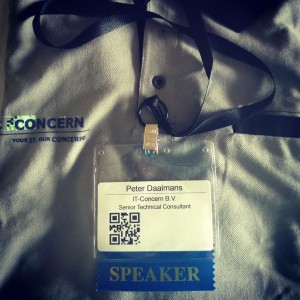 All set for my session

Monday the 20th of July I was invited to present my session about Mastering your Mac OS X Operating System with Configuration Manager 2012 R2 at BriForum Denver. What an again really nice community BriForum is. 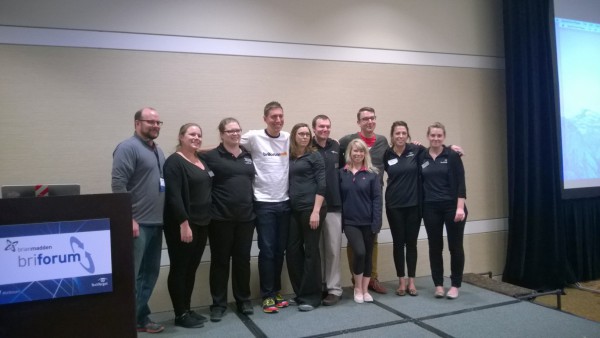 Blog of the Month: Quick AADSync tip, how to sync users & groups on demand

Lots of ConfigMgr news, since Technical Preview of ConfigMgr Vnext or was it 2016 or.. was released. Also no holidays for the product group of Intune, lots of updates were again released during the monthly release cycle.

Blog of the month 😉 Intune, ADFS and Windows Phone 8.1 may cause issues

Holidays? Uuuhhhh yeah right! No speaking at IT/Dev Connections again. So lots of preparing sessions and of course writing chapters for the new book.

Speaking at IT/Dev Connections was again a very nice experience! My two sessions were scheduled on one day, back to back on Wednesday. First my session with my buddy Kenny Buntinx about “How to extend the app model to support your user-centric XenDesktop in the Data Center”. 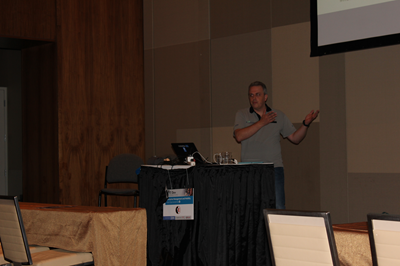 My second session with Greg Ramsey was about “Intune, Configuration Manager, or Both (Hybrid): Choose the Right Tool for the Job” or in other words how can you manage Windows 10 and with what tools. A really nice session discussing all the options with all the different products and combinations of those products. Brought on some nice discussions and questions. 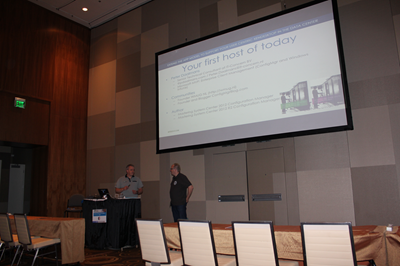 The highlight is without a doubt showing Johan Arwidmark around at the Freemont Experience. So cool that little piece of old Vegas.. IT/Dev connections is moved to 10-13 October 2016, be sure to get your ticket now to save a lot of money!

Blog of the month; Enhanced OSD support in Parallels Mac Management 4.0 for ConfigMgr 2012

ConfigMgr is alive and kicking and ready for the future!

Speaking wise was October also a busy month. Kenneth and me were invited to speak at the AppManagEvent in the Jaarbeurs in Utrecht and the System Center User Group Norway invited me to speak at their user group about the Enterprise Mobility Suite.

Some nice blogs of October:

November is always about the MVP Summit and the Midwest Management Summit in Minneapolis. This November the MVP Summit was the greatest and best summit I ever attended. We had a real hackaton with the engineers of the ConfigMgr product team. Read all about it HERE!!!

The Midwest Management Summit is organized by the Minnesota System Center User Group with the help of many volunteers, in other words a real community event! With 4,5 sessions to give on my schedule the three conference days were very very busy but sooo worth it! 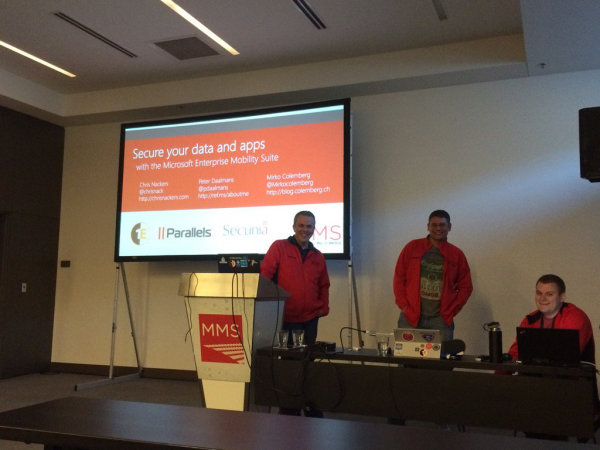 Thank You(!) community leaders of the world: 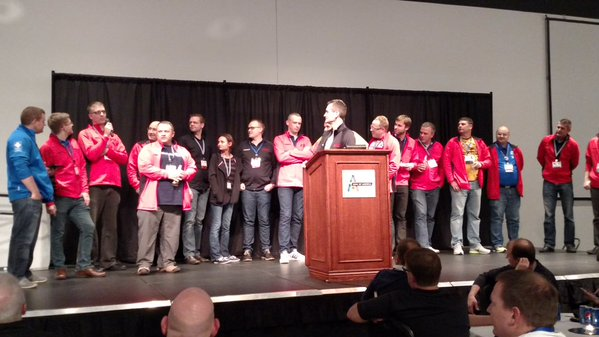 User Group Leaders from around the world.

The Midwest Management Summit will be back at the Mall Of America from May the 17th until May the 19th! Secure your ticket here! Hope to see you there again!

Like last year I was also invited to speak at the Configuration Manager User Group Germany, this time in Munich.

December was a month of writing, writing, writing and writing. Spend a weekend in Copenhagen for writing 😉 Yeah the book is almost finished and ready for review. Plans for my next project are already there, so more to come in the next couple of months.

In December I also had the opportunity to host a Microsoft Innovate IT (IT Camp) about Windows 10 and EMS.

Blogs of the month:

Looking back to 2015 learns me that it was a very community related year, btw also business wise. Travelled a lot, been to London – UK, Antwerp – Belgium, Bern – Switzerland, Denver – USA, Seattle – USA, Las Vegas –, Oslo – Norway, USA Seattle – USA, Minneapolis USA, Munich – Germany and Copenhagen – Denmark. Okay it was less blogging than earlier years but meeting you all face to face is much more fun!

We organized 6 on premise and four online Windows Management User Group Meetings with great speakers from around the world. Looking ahead to 2016 and the WMUG, it will again be a nice year with lots of nice laidback community events.

So again, I want to which you all the best for 2016! Stay healthy and hopefully all of your wishes may come true!

Thanks for following me and see you in 2016 online or one of the events!