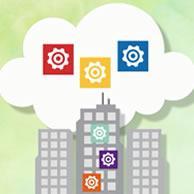 What to do when you are suffering from a jetlag after a great MVP Summit and MMS? Write a blog about a major update to Microsoft Intune that is arriving in a couple of weeks from now. Yesterday Brad Anderson and Dilip Radhakrishnan announced some major updates to Mobile Application Management in Intune. Microsoft announced that the some of the major software vendor embraced Intune and are making their apps manageable by Microsoft Intune, also some other Microsoft apps are added this week.

After the update you are able to manage the Office Apps on devices that are not managed via Microsoft Intune. Great for BYOD scenarios, external consultants that are already enrolled with the MDM solution of their own company or for companies that are in the process of migrating from an other MDM solution to Microsoft Intune. Currently all MAM enabled Office apps on iOS and Android are supported except for Outlook, which will come soon.

Enrolled users can reset the PIN of their managed devices directly from the Intune Web Portal without calling the help desk.

In the blog of Dilip you are able to see a glimpse of the next generation of the Intune admin portal. Have a quick look because it is so much better 😉

Coming up: ConfigMgr updates and servicing, a new way of updating

Microsoft AAD Connect Preview is the next step

How to use PowerShell to access Microsoft Intune via Microsoft Graph API?

TechEd North America is going strong and more and more information is shared with the attendees and community.…