Windows To Go, Ironkey and ConfigMgr 2012 R2 better together – part 2

Like mentioned in the last blog, since we are going to deploy our Corporate image we already have a task sequence that we are able to use for Windows To Go.

3. Create a prestage media for the task sequence

To be able to deploy Windows To Go we need to create a Task Sequence Media, this is done by starting the Create Task Sequence Media Wizard in the Operating Systems > Task Sequence node in the Software Library workspace. The wizard will walk you through the process of creating the task sequence media.

The task sequence media must be of the Prestage Media type and the option Site-based media must be selected before defining the media file. The media file will be a WIM file that we will use in step 4 of the process. So for this example we will create a WinToGo.wim file. 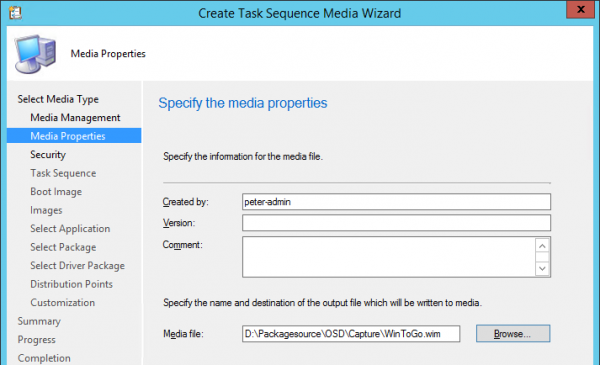 Important is to keep the unknown computer support enabled and because our Management Point and Distribution Point are only available via HTTPS, we also need to import a Workgroup Certificate to be able to connect to Configuration Manager while provisioning the USB device. Optionally but strong recommended supply a strong password so that not anybody is able to deploy Windows To Go to the Ironkey USB device. 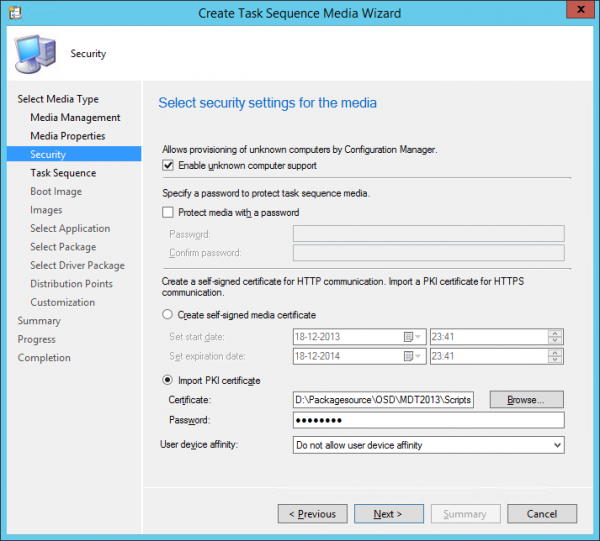 In the next steps we need to configure the Task sequence Media to run the task sequence we want to deploy to the Ironkey USB device and define which Boot Image, distribution point and management point during the deployment is used.

The next steps allow you to add applications, packages and driver packages to your task sequence media and we need to select the distribution points (again) to be used by the media.

To add support for BitLocker we want to add a variable called OSDBitLockerPIN with a for you super-secret value 😉 Yep an 8 character long PIN or passphrase. 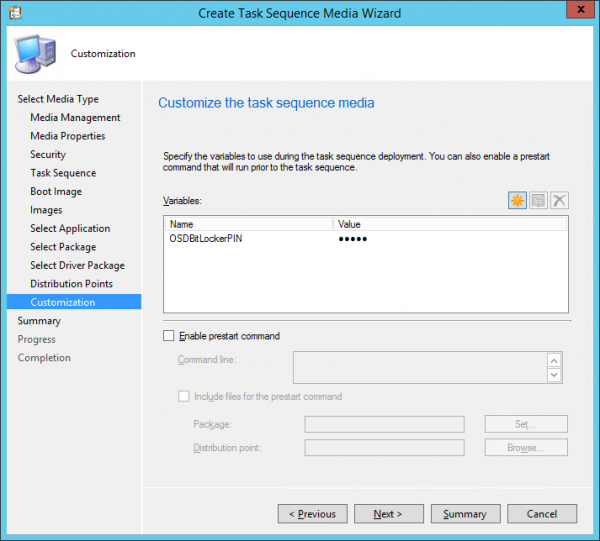 Finishing the Wizard will result in the WinToGo.wim file that we need to use in the next step of the provisioning of Windows To Go on our Ironkey Workspace W500 device. 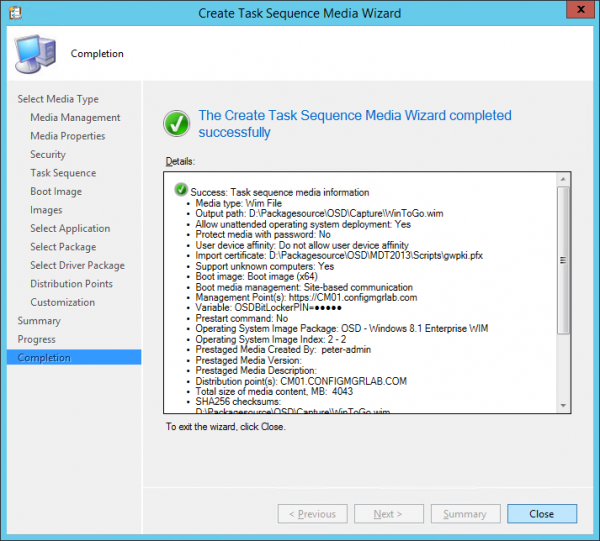 The WIM file is created

The package source of the Windows To Go creator package

Of course the WinToGo.wim can be any filename you want 😉

I promised to also describe step 5 in this blog but I will save this step together with step 6 for part 3 of this blog series. 😉