A little bit more than a month ago Citrix released the Citrix XenApp connector for Configuration Manager 2012. Before I was able to have a look at the connector, I had to configure a Citrix XenApp 6.5 server in my lab environment. A little challenge but it is working like a charm! 😉 In this series of blogs I will try to show you what is possible with the connector. In this first blog we will look at the architecture and the installation process of the connector.

The XenApp Connector interacts with the following related components;

The XenApp Controller service will take care for the publishing of applications, synchronization of farm and worker group device collections and software orchestration.

Before installing the connector, let’s have a look at the relevant portion of my lab environment that I used to install and configure the XenApp connector for Configuration Manager 2012; 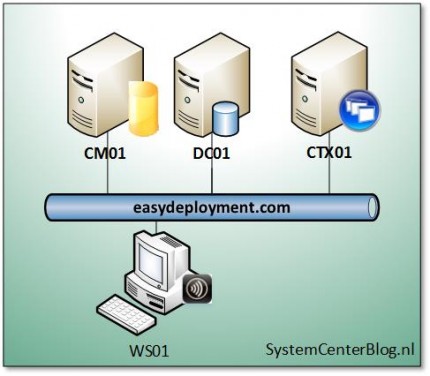 The connector can be downloaded from Citrix here. After extracting the downloaded file you will see three folders and a file called XenAppConnectorConfigMgr2012.exe like shown in the figure below. 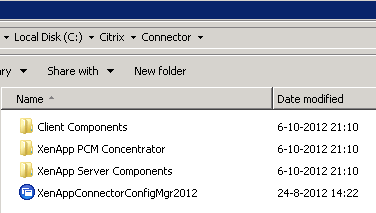 So let’s have a look at the installation process of the connector;

I don’t have any XenApp Power and Capacity Management (PCM) role configured in my lab environment, so I skipped all the PCM related installation steps. 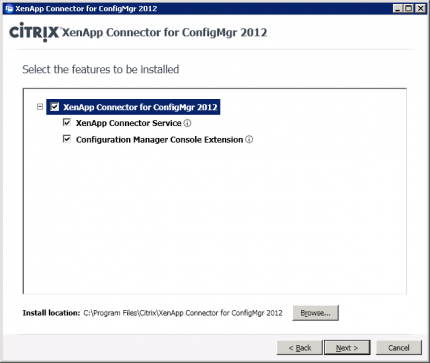